The Club: How the English Premier League Became the Wildest, Richest, Most Disruptive Force in Sports 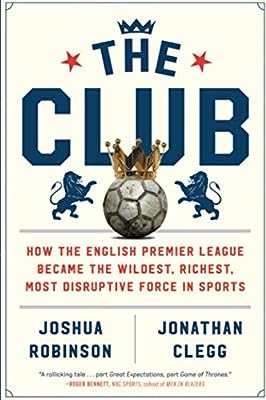 The Club is the previously untold inside story of how English soccer’s Premier League became the wildest, richest, most popular sports product on the planet.

This is a sports and business tale of how money, ambition, and twenty-five years of drama remade an ancient institution into a twenty-first-century entertainment empire. No one knew it when their experiment began, but without any particular genius or acumen, the motley cast of billionaires and hucksters behind the modern Premier League struck gold.

Pretty soon, everyone wanted to try their luck, from Russian oligarchs to Emirati sheikhs, American tycoons, and Asian Tiger titans. Some succeeded beyond their wildest dreams. Some lost everything. Today, players are sold for tens of millions, clubs are valued in the billions, and games are beamed out to nearly two hundred countries, all while the league struggles to preserve its English soul.

Deeply researched and drawing on one hundred exclusive interviews, including the key decision makers at every major English team, The Club is the definitive and wildly entertaining narrative of how the Premier League took over the world.

Buy it Now
See more The Club: How the English Premier League Became the Wildest, Richest, Most Disruptive Force in Sports on eBay