Ronaldo: Rise Of The Legend. The incredible story of one of the best soccer players in the world. 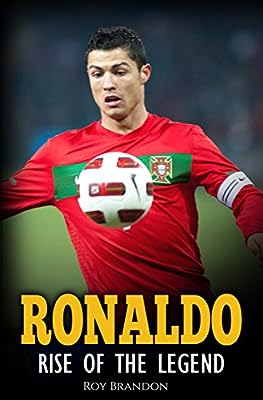 “I´m living a dream I never want to wake up from.” – Cristiano Ronaldo

Cristiano Ronaldo is the modern-day icon. On an almost daily basis we see hear his name on the news, see his face on any number of TV commercials, and marvel at the magic show he puts on every weekend when he takes to the field. He is a celebrity whose image and influence affect our popular culture and a soccer star that has been compared with some of the world´s best athletes.

But Cristiano was not always the popular, mega-celebrity, soccer superstar that he is today. The success that he enjoys has come from years of hard work and sacrifice that have helped him overcome many obstacles and difficulties in his path

In this book, we´re going to take a look at the life of Cristiano, beginning at the time he was rising star whose career was threatened by a strange heart condition, right up until his third Ballon D´or recognition. We will also follow Cristiano off of the field to see his impact on popular culture and his life beyond soccer.

Buy it Now
See more Ronaldo: Rise Of The Legend. The incredible story of one of the best soccer players in the world. on eBay