Preliminary Reconnaissance of the May 20, 2013, Newcastle-Moore Tornado in Oklahoma 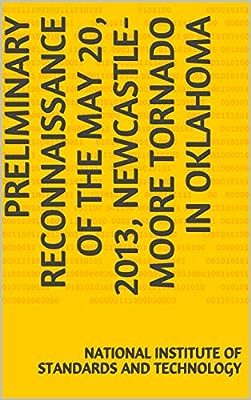 This is a report on the National Institute of Standards and Technology (NIST) reconnaissance to collect information on the performance of one critical facility and two educational facilities in the May 20, 2013, Newcastle-Moore tornado in Oklahoma. The information collected includes the physical performance of buildings and designated safe areas of the surveyed facilities (the Moore Medical Center and Plaza Towers and Briarwood Elementary Schools), emergency communications systems and emergency operations during and after the tornado, and life safety outcomes. The report describes the environmental conditions, warning information transmitted to the public, as well as emergency response operations, observed building damage, and fatalities and injuries that occurred at each of the three surveyed facilities. Following the EF-5 tornado that tore through Moore, Oklahoma and surrounding areas on May 20, 2013, causing substantial loss of life and widespread damage, NIST, as part of its Disaster and Failure Studies Program, deployed a team on May 22, 2013, to conduct a Preliminary Reconnaissance. The scope of the reconnaissance was limited, and was undertaken to support the NIST technical investigation, then in progress, of the 2011 EF-5 tornado that devastated Joplin, Missouri. The reconnaissance was conducted in cooperation with the National Oceanic and Atmospheric Administration’s National Severe Storms Laboratory (NOAA’s NSSL). The team consisted of three researchers from NIST’s Engineering Laboratory, with expertise in structural engineering, wind engineering, and disaster sociology, and a researcher from NSSL, with expertise in meteorology and severe storm predictions and warnings. This report provides an account of the tornado and the warning information transmitted to the public, a description of the pre-event emergency plans and procedures and specific actions taken at the surveyed facilities in response to the tornado, information on the construction and

Buy it Now
See more Preliminary Reconnaissance of the May 20, 2013, Newcastle-Moore Tornado in Oklahoma on eBay

The Story of the Tyne: and the Hidden Ri...

Amazonia Newcastle Patio Bench |Made of ...