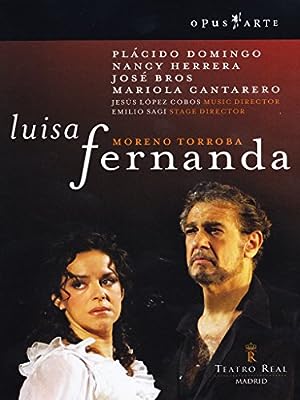 Press Reviews
"The production at the Teatro Real in Madrid was a top-of-the-range version...Vidal is a peach of a role for Domingo: his voice easily commands its baritone range and he dominates the action, convincingly heroic in voice and figure and still able to project a greying virility in the style of Sean Connery. Nancy Herrara as Luisa and Jose Bros as Javier gave fine support." (The Independent)