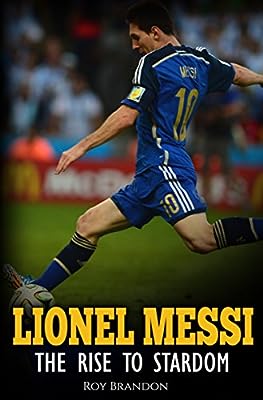 “You have to fight to reach your dream. You have to sacrifice and work hard for it.” – Lionel Messi

It does not seem logical that a five foot, seven inch young man from Argentina could somehow turn into the world´s best soccer player. A person diagnosed with growth hormone deficiency and without the economic resources to pay for the expensive treatment to treat that condition would also not be an ideal candidate to inherit the title of “World´s Best” from the likes of Diego Maradona, Ronaldo, or Pelé. But Lionel Messi defies logic and has regularly done so since he joined his first soccer team when he was only four years old.

In this book, we will follow Lionel Messi from his humble beginnings in a small town in Argentina, all the way to his record fifth Ballon D´or award. Though the temptation may be strong, we won´t assume that Messi simply inherited a wealth of natural talent. Instead, we will retrace the path of the hard work and dedication that led him to become, hands down, the greatest player in the history of soccer.

Get this book now and enjoy the amazing journey of Messi!