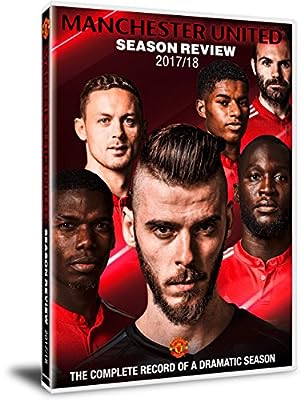 This is the complete record of Manchester United's 2017/18 season.

Featuring highlights of every game alongside exclusive interviews and behind the scenes access.

The Reds defeated all their major rivals in the Premier League, including that dramatic comeback at the Etihad to dampen City's title celebrations. While a record-equalling 20th FA Cup Final appearance against Chelsea was achieved following another memorable turnaround against Spurs on their 'home' turf of Wembley.

Witness the power of Romelu Lukaku, the pace of Marcus Rashford, the poise of Paul Pogba and the precision of David De Gea, within a team assembled by Jose Mourinho that has re-established United as a dominant force in English football.