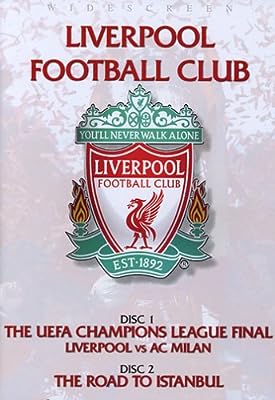 Re-live the most astounding soccer match in history, Liverpool v AC Milan. Three goals down to AC Milan at the break, Liverpool struck back to level in a seven minute burst!

This DVD not only includes the full UEFA Champions League final but all the pre-match build up, extra time, penalties, celebrations and the homecoming victory parade!

Disc 2 - The Road To Istanbul

Watch Liverpool's amazing journey along the Road To Istanbul. From the 3-1 victories over

Olympiakos and Bayer Leverkusen, to Garcia's crutial goal against Chelsea in the semi-final.

This DVD shows match highlights and every goal in every game in the 2004/2005 UEFA Champions League competition.