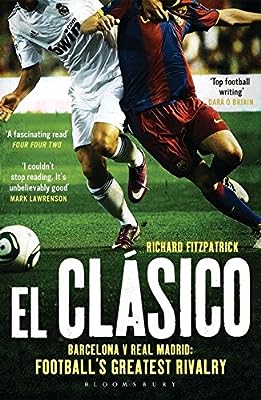 Barcelona and Real Madrid: two of the most powerful and popular clubs in world football, and one of the world's most bitter sporting rivalries. Going far beyond the boundaries of just sport alone, this is a rivalry at the heart of Spanish life, taking in politics and culture and splitting a country in two.

El Clásico gets to the heart of that rivalry, investigating the intrigue, the larger-than-life characters, the key flashpoints and their consequences. From civil war bloodshed to 40 years of fascism and links with General Franco, the clubs' shared history is the stuff of a Robert Harris novel and includes: murdered presidents from both clubs, player kidnappings, acts of hooliganism - and that's before you start thinking of the volatile football matches themselves.

The two clubs are packed with international superstar players - including the world's two best players in Leo Messi and Cristiano Ronaldo - and 10 of the starting 11 players from Spain's 2010 World Cup final victory play with either Barcelona or Real Madrid.

This is a story with resonance around the sporting world, with many instantly recognisable figures to an international audience such as Jose Mourinho. But it is also a tale of a country divided by a bitter rivalry.