Cristiano Ronaldo: A Biography of the Portuguese Superstar 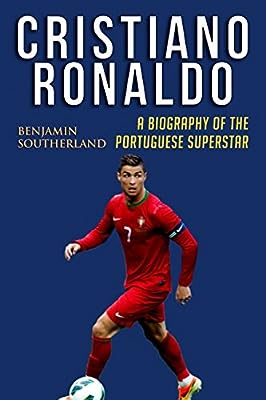 Learn about the inspirational story of Cristiano Ronaldo

In Cristiano Ronaldo: A Biography of the Portuguese Superstar you will learn about the life, professional career, and accomplishments of Cristiano Ronaldo. Some people call him the greatest player ever to play the game of football. Others say he is arrogant, unpredictable, and flashy. However, one thing is clear: Cristiano Ronaldo is a phenomenon. From his early football days to the present, he has astounded and mesmerized, breaking numerous records. But what do we know about the man from Portugal? Ronaldo’s story truly is one of rags to riches; from the slums of the Madeiran neighborhoods to the bright lights and wealth of Madrid. This is the story of an incredible player, who never ceases to amaze us with his skills.

Here is a preview of this biography:Here is an excerpt from the book:

Sadly, disaster struck for Ronaldo in the final against France. In the 25th minute, he was challenged heavily by French player, Dmitri Payet, and had to be stretchered off the pitch for some treatment. After multiple treatments, he attempted to play on but eventually had to come off being replaced by Ricardo Quaresma. The score was still 0-0 at the full-time whistle and extra-time had to be played. Despite being heavily bandaged, Ronaldo was seen throughout the remainder of the game jumping up and down, shouting at his teammates, encouraging them to score. Éderzito António Macedo Lopes, or Éder as he is more popularly known, must have heard his captain. In the 109th minute of the game he slotted the ball into the back of the net to put Portugal 1-0 up and take victory from the French in their own backyard. As team captain, Ronaldo lifted the trophy in celebration of his country’s first-ever major competition win. He was awarded the Silver Boot for being the second-highest goalscorer, scoring three goals and helping with three assists, and Portugal was named Team of the Tournament. This was the third time that Ronaldo had been part of a team so named.

Buy it Now
See more Cristiano Ronaldo: A Biography of the Portuguese Superstar on eBay